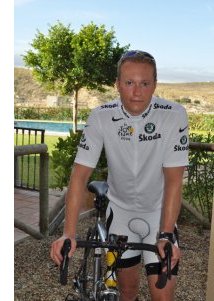 My parents used to see a chiropractor when I was young but it wasn't until I suffered quite a bad fall whilst on a dry ski slope that I had my first adjustment. I could not believe the difference that it made. Since then in my early teens I knew that I wanted to be a chiropractor.

I attended the Welsh Institute of Chiropractic at Glamorgan University where I studied Chiropractic which encompassed many different subjects including anatomy and physiology, pathology, radiography, nutrition and of course chiropractic techniques. After successful completion of the four-year course I graduated in 2002 with a BSc (Hons) degree in Chiropractic and later gained my Diploma of Chiropractic.

Since the first time that I treated someone, I have been able to see first-hand the benefits that chiropractic can provide to everyone from any age. When my daughter Emma was born she suffered a strain to her upper neck that started to cause plagiocephaly (distortion of the skull). Gentle chiropractic adjustments to her neck and cranium corrected the problem safely and naturally. From that point paediatric chiropractic has become a particular interest of mine. 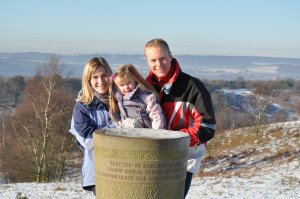 I am interested in the holistic benefits of chiropractic. Our main goal at our chiropractic centres in Nantwich, Stone and is to bring our patients closer to health through chiropractic care and advice on lifestyle and nutrition.

as well as completing the Zell Am See 70.3 Ironman in just over 5 hours. As a family we stay healthy by eating good nutritious, home-made food, exercising regularly and receiving regular chiropractic care.